3 grams of D–aspartic acid per day can increase testosterone in young and middle-aged men. 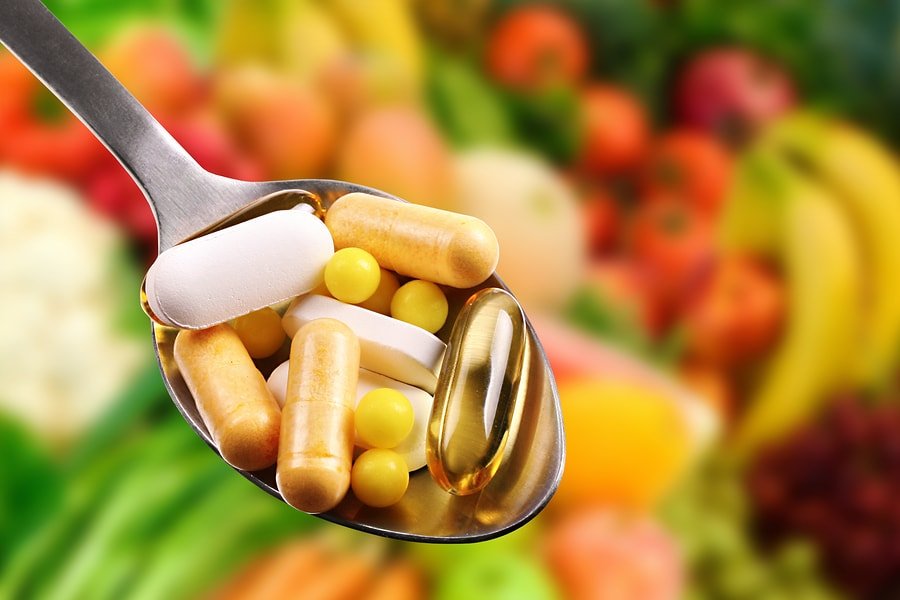 Companies are advertising D-aspartic acid to fitness enthusiasts and men with low testosterone and fertility issues. But does D-aspartic acid (D-asp) have any science-based benefits or are data on its effects and side effects completely lacking? Read on to learn about the science behind D-asp as a dietary supplement.

What is D-Aspartic Acid? 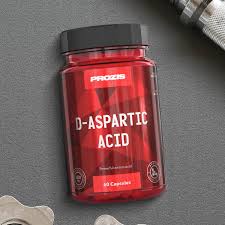 Aspartic acid (Asp) is an amino acid that animals and humans naturally make in two forms: L–Asp and D–Asp. Since our bodies can make aspartic acid, it is a non-essential amino acid. L-Asp combines with other amino acids to form proteins vital to life. D-Asp exists freely as small individual molecules in various human and animal tissues .

What we currently know about the effects of D-Asp made by our bodies comes from animal research. Free D-Asp occurs naturally in nerve and hormone tissues in both animals and humans .

D-Asp is important for brain and nerve development and nerve communication. It also helps produce and release various hormones. However, scientists are still discovering all the ways in which D-Asp affects humans . 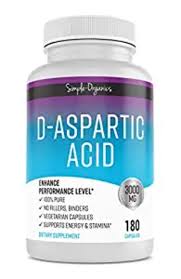 Effects of D-aspartic acid on the Brain

High D-Asp levels promote proper brain development before and immediately after birth in mice. These levels later decrease, but D-Asp continues to spark nerve development, helping to create awareness of the surrounding environment in adult mice .

Although naturally produced aspartic acid is needed for proper brain development, some animal studies warn us about the potential dangers of supplementing.

In mice, both glutamate and aspartic acid can cause brain damage and impair learning. These so-called excitatory amino acids damaged the hypothalamus, an important brain region for hormone balance (affecting pituitary hormones) and a part of the limbic system involved in emotional control . 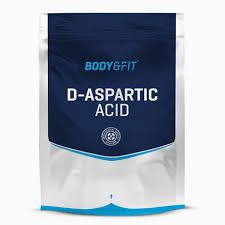 The above studies do not refer to the D form of aspartic acid specifically. The L and the D form of this amino acid can have different effects. The term “aspartic acid” can commonly refer to a mix of both. The form used to make proteins and taken in from food is the L version. In fact, L-aspartic acid can oppose the effects of D-aspartic acid. And in one study, L-Asp specifically had toxic effects on the kidneys and salivary glands in rats. It’s important to have these opposing effects in mind .

D-Asp stimulates the production of hormones such as testosterone, progesterone, luteinizing hormone (LH), oxytocin, prolactin, growth hormone, and others involved in muscle development, sexual function, reproduction, and blood pressure in mice. These effects have not been studied in humans . 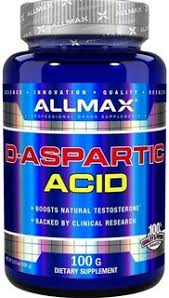 Studies show that D-Asp supplements boost testosterone levels in male animals. However, scientific evidence for such effects in humans is weak, scarce, and inconsistent .

Conversely, in a 14-day study of 24 healthy men, taking 6 grams of D-Asp daily greatly reduced testosterone. All men had at least 2 years of resistance-training and resistance-trained for 4 days in both weeks.

During a 12-week study of 19 healthy, resistance-trained men, those consuming 6-grams of D-Asp supplement daily experienced no differences in muscle size or strength gains compared to the others. None had testosterone changes. All men had at least 2 years of resistance-training and resistance-trained for 4 days per week . 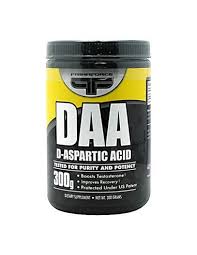 Below is a summary of the existing animal and cell-based research, which should guide further investigation efforts. However, the studies listed below should not be interpreted as supportive of any health benefit.

In mice studies, free D–Asp boosted brain cell communication and memory. One human study also connected increased levels of an enzyme (DAO) that alters many D-amino acids with improved memory and thought processes. This is in contrast with studies showing that L-Asp can damage the brain and impair learning. 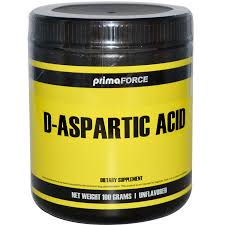 D-amino acids altered by DAO act similarly to D-Asp. Some scientists hypothesize that D-Asp may act as a naturally occurring nootropic, though their theories remain unproven .

Some scientists believe D-Asp may have anti-aging and nootropic potential, but this has not been proven.

Clinical studies did not report side effects of dietary D-Asp supplements at 2.66 – 6.00 grams daily.

D-Asp dietary supplements are not recommended in women and children due to a lack of safety data.

D-Asp supplement labels state that use is not recommended in pregnant or nursing women, persons under the age of 18, or children. Some state that no women whatsoever should consume D-Asp dietary supplements. 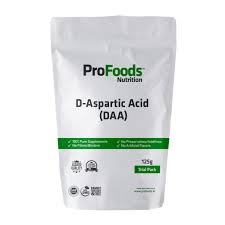 The safety and side effects profile of D-Asp in humans is unknown. Caution is advised since D-Asp had toxic effects in animal experiments.

Research on D-Asp interactions with drugs and medications is lacking. However, the following should be noted:

To safeguard against unwanted drug interactions, persons considering the use of D–Asp dietary supplements should first consult their physicians regarding their health status and possible interactions between D–Asp and their medications.

According to DrugBank (a comprehensive, online scientific database), drug interaction information for D-Asp is “Not Available” .

D–Asp dietary supplements occur as D-aspartic acid or D-aspartate (salt of D-Asp) forms commonly sold as tablets, capsules, or powders. Data are lacking to determine whether any of these forms offer advantages.

Some D-Asp supplements contained metal (calcium or zinc) chelates. These chelates are promoted as improving the body’s absorption of D-Asp. Evidence doesn’t back up such claims.

A wide variety of D-Asp dietary supplements exist. Some combine D-Asp with other potential testosterone boosters, vitamins and/or other active ingredients. Others list D-Asp as the only active ingredient.

Some supplements contain mixtures of L- and D-Asp. Others just contain the L-Asp form. Be wary of the fact that L-Asp may not have the same effects as D-Asp in the body.